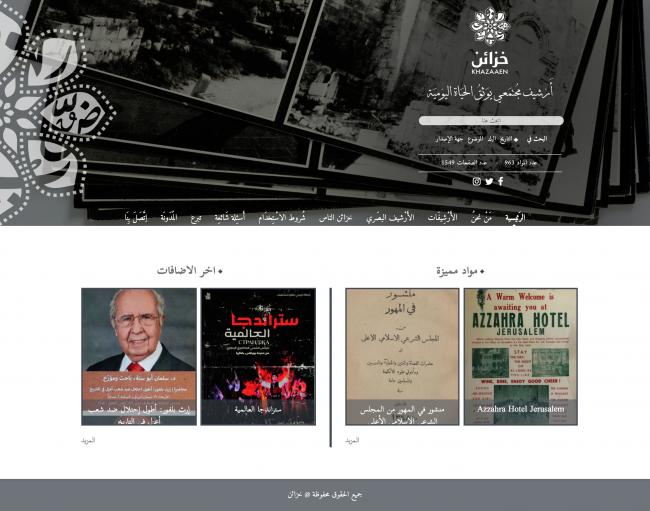 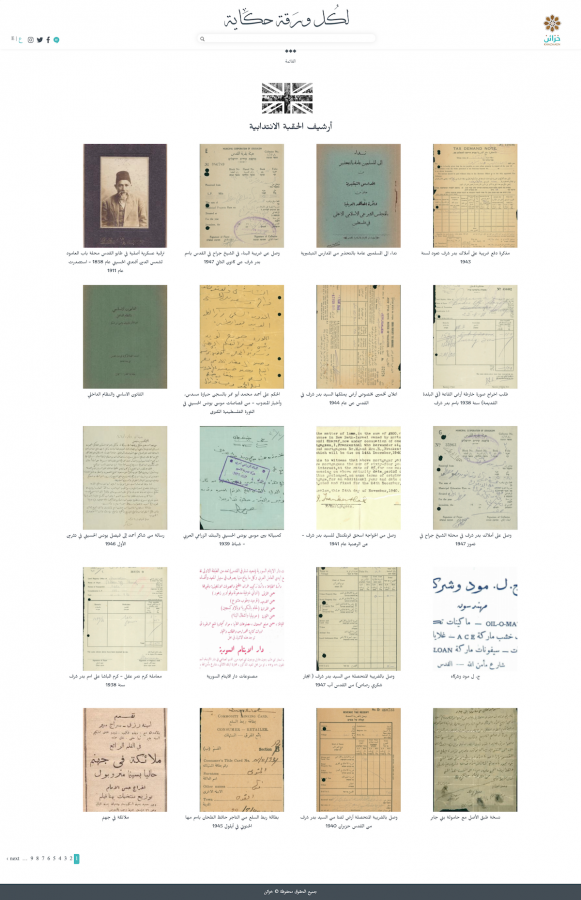 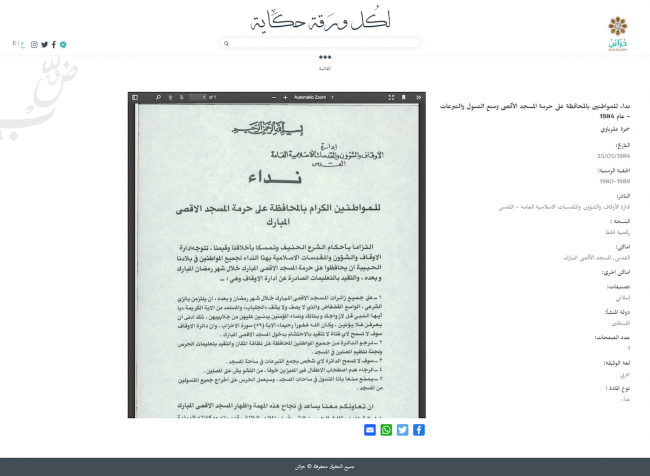 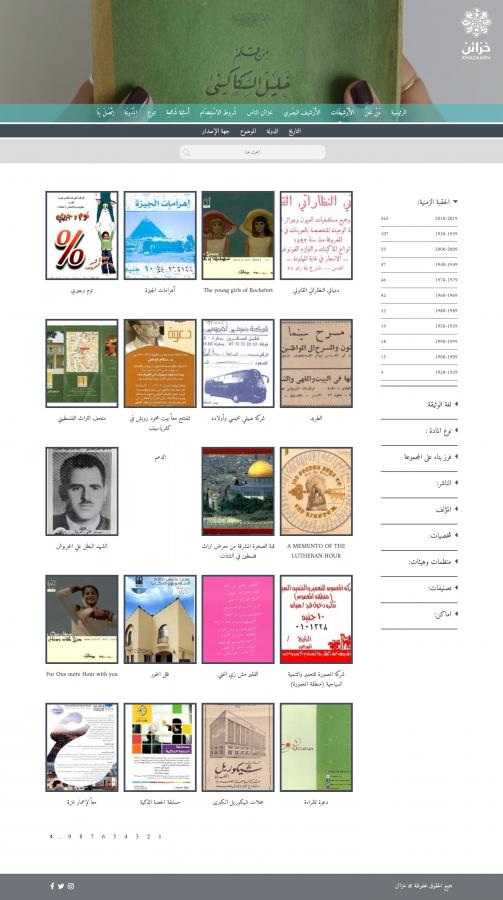 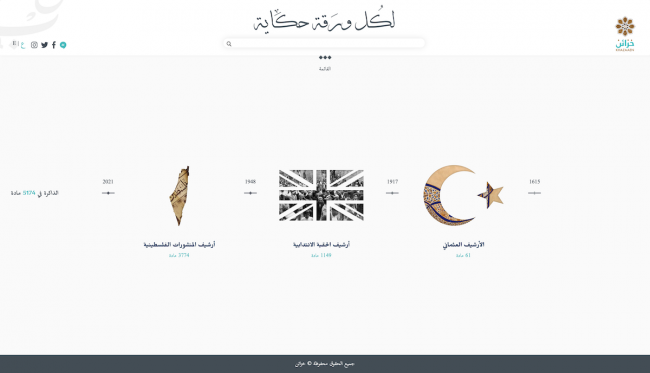 Khazaeen is a voluntary independent initiative, centered in Jerusalem, where it first started out in October of 2016 as a result of the collective effort of our Arab youth from different parts of the world. And that effort had this unified aim of establishing a societal archive that documents the daily life of the Arab world combined with people’s stories through gathering ephemera material. Khazaeen considers different archives that documents different aspects and elements; such types included archival newspapers, magazines, films, photographs, cinema, and broadcasts. Regardless of all of the previously mentioned, Khazaeen also realized that there isn’t an archive that contains and preserves daily occurrences that would document the details of daily life the people have lived in all its intensity. There are thousands of materials and documents that are lost on daily basis without anyone paying any attention to them. We are talking about thousands of posters, publications, brochures, commercial and cultural ads, business cards, wedding invitations … etc.